During our tour  of Manresa Castle the tour guide indicated a 13 year old “spirit” named Lotta frequented the place.  She liked room 214.  No one really knew her affiliation with the castle.

She told us that the original owner and builder of the castle, Charles Eisenbeis, was buried several blocks away from the castle at the Laurel Grove Cemetery.  For some reason they had to dig up his grave and discovered a casket of a child above Charles’ casket.  Some speculate this may have been an illegitimate child of his and that it was Lotta.  All speculation, but a cool story nevertheless.

So we decided to visit the cemetery.  It was beautiful.  Cemeteries calm me. There were some very ornate family plots like the Eisenbeis one.  It was a drizzly day when we were there.  I was in awe of some of the headstones and the way the moss, lichen and fungi were growing in the grooves of the deceased name. 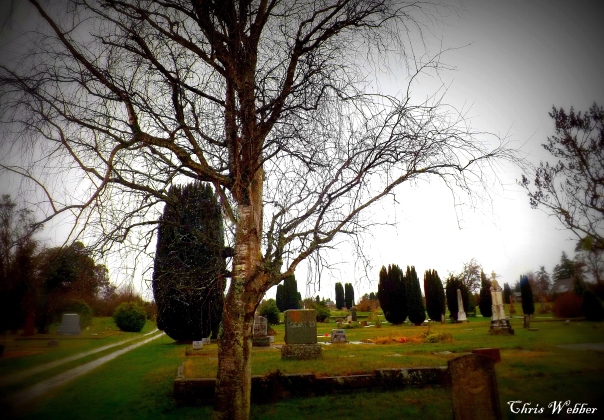 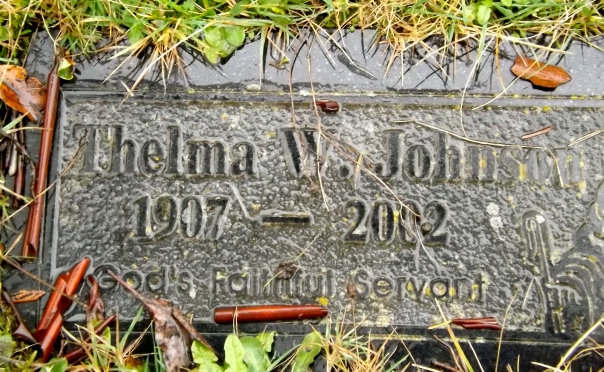 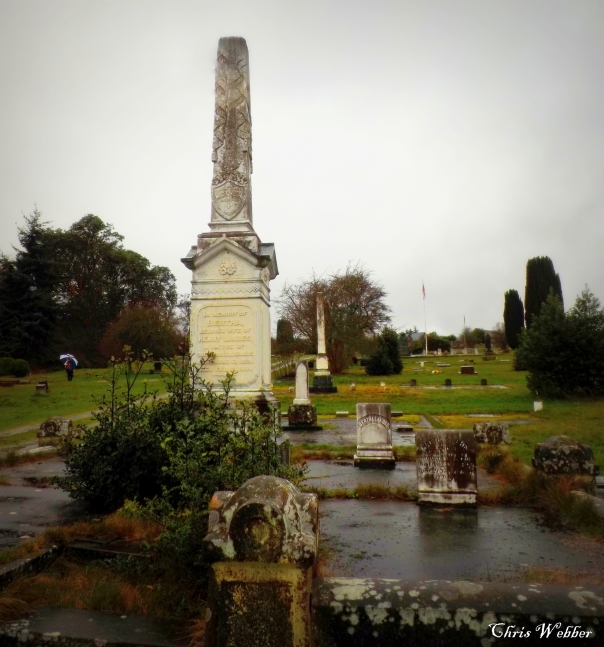 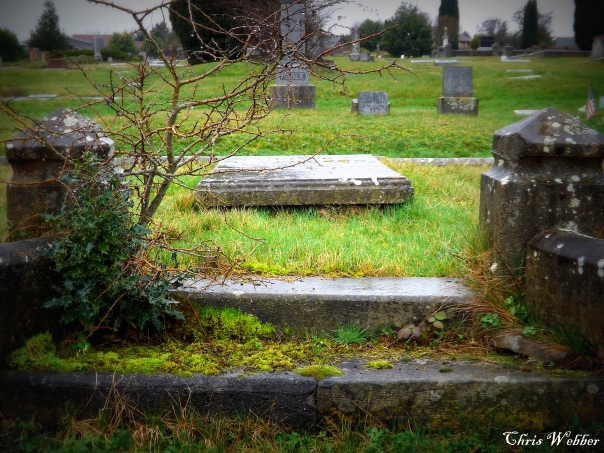 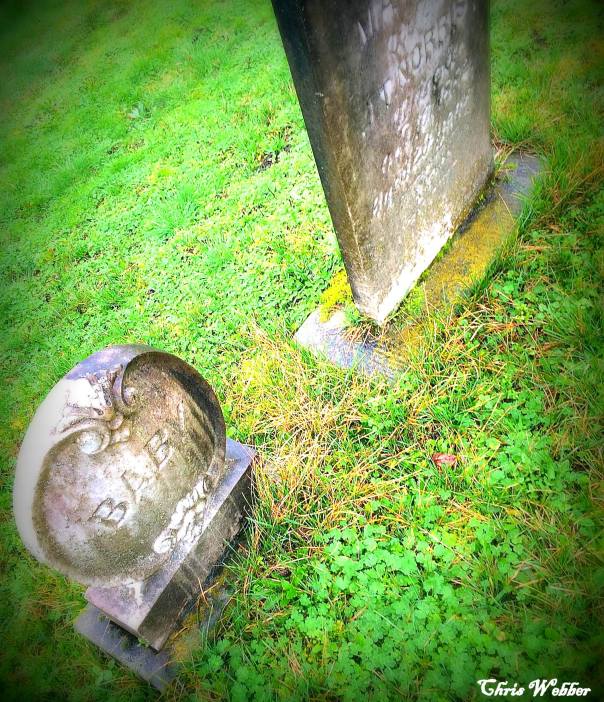 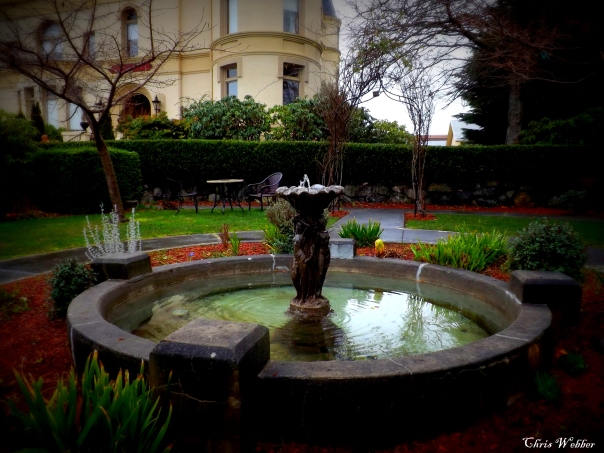 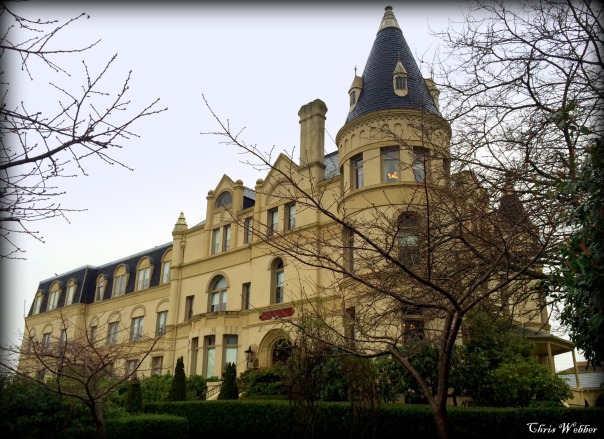 A few months  ago my husband and I visited Manresa Castle.  It was such a fun experience and the staff was good about giving me a quick tour.    I received a bounce-back discount (as do all customers who stay at the castle)  that allowed me 50% off so my girlfriends and I decided to take the “haunted” castle for a special spin.

A little girl named Lotta is alleged to frequent this room

Suite 302, the window Kate Jumped from 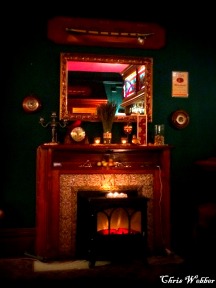 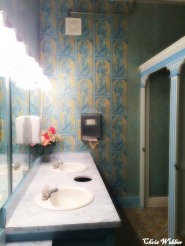 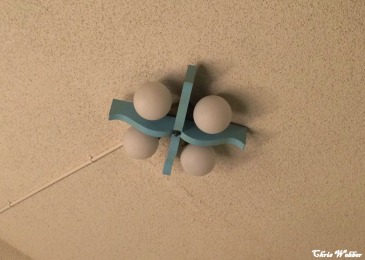 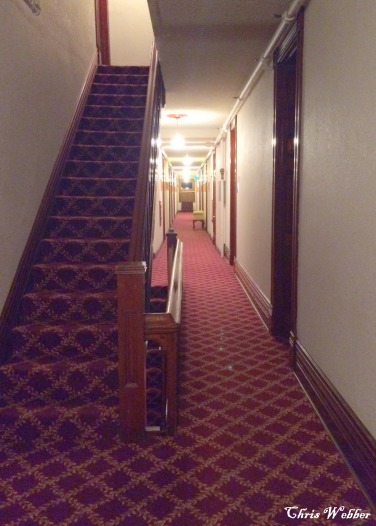 heading from 2nd to 3rd floor

The breakfast area. It used to be a chapel. Kate has warned via ouiji board not to use the board in this area 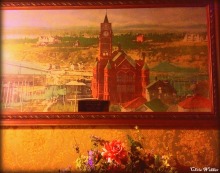 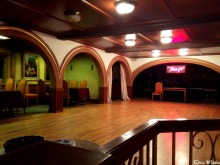 The first visit I was here I noticed the Roof Access Door.  Locked.  It had a window above it with a mechanism to open.  Didn’t work.  I know.  I tried three times.  I asked Lindsey about this as we passed the door again, telling her I had previously attempted.  She informed me the door had been locked for years.

So I turned the knob and it opened.  She looked a bit taken aback, her surprise didn’t seem feigned.  Excited I opened the door to find a light socket on the right and a set of very dusty stairs that went up and then turned left.  I headed halfway up the stairs before Lindsey stopped me and told me she needed to  go first as it may be hazardous.  I asked her to take my camera and photograph the scene after she turned the stairs.  The bottom picture is hers.  After you turn left, the stairs go up to a completely open hole to the exterior.  She wouldn’t let me go because of the stairs had holes.  She didn’t walk to the open window either.  It looked like there used to be a window there.

When I asked the gal at the front desk she reported a windstorm had blown off that window some time before.

I did not see the basement in my previous visit so I was pretty excited when Lindsey told me she’d take us down there.  The laundry room is down there.  Lindsey also showed me the original brickwork and then allowed me access to the crawl space under the castle.  It was pretty big crawl space, I was able to stand in it. 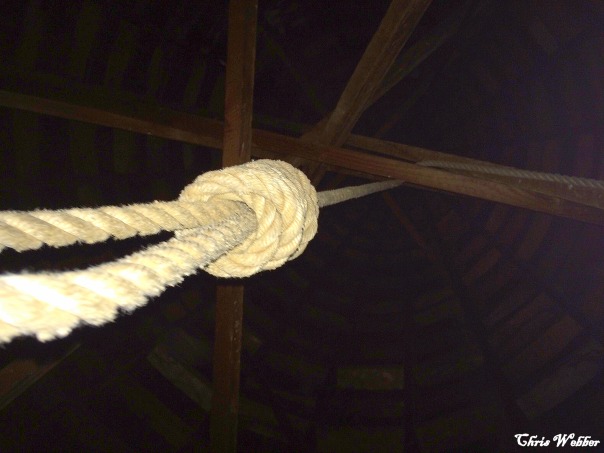 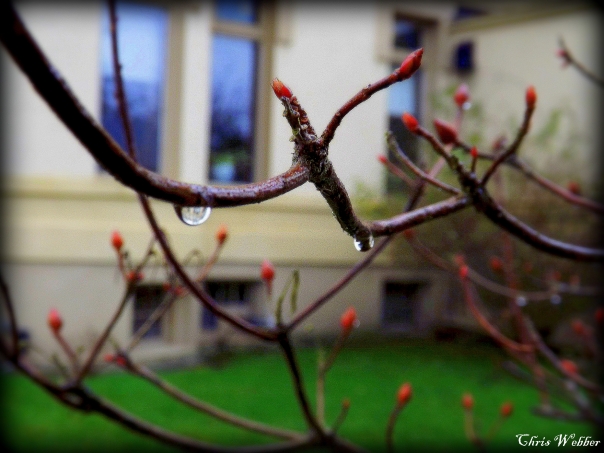 About the Castle and its Hauntings

Manresa Castle was originally completed in 1892 as the home of Charles and Kate Eisenbeis. Charles Eisenbeis was a prominent member of early Port Townsend (He was the first mayor), when the port was the most active in the Pacific Northwest. The twelve inch thick walls of his thirty room mansion were made of brick from Charles Eisenbeis’s own brickworks. Locals came to call the building “Eisenbeis Castle.” In 1902 Charles Eisenbeis died, and the mansion was left empty when Kate remarried.

In 1925 an attorney bought the property and made it a vacation house for nuns who are teaching students in Seattle. However, this did not work out quite well and the castle became a training college for Jesuits. In 1927 it was purchased by Jesuits who turned it into a training college and renamed it Manresa Hall. It is the Jesuits who built the large extension to the original building and covered the brick walls of the original section to keep it more in line with the new wing. In 1968 the Jesuits left and it became a hotel.

There are reports that hotel’s rooms 302, 304 and 306 are frequented by two resident ghosts. There is reportedly a monk who hung himself in the castle’s attic. To this day, people can still hear the footsteps of the monk in the attic. The other ghost is that of a young lady who had been waiting for her beloved to return from war. When she heard the news that her beloved died in war, she threw herself out of the window and fell to her death.
In the café, which was once the chapel, drinking would spontaneously explode even when they are on the hands of servers. Empty glasses would also turn upside down on their own.

We stayed in 314. The hotel personnel were really great about accommodating my request to see the special places of the hotel for my blog. I asked about the basement “dungeon” area and was told it was completely converted to a laundry for the hotel.

This was a very fun visit, and very reasonably priced. We got a coupon to return for half price so we will be back! 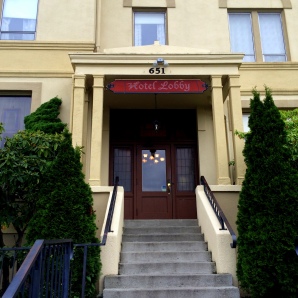 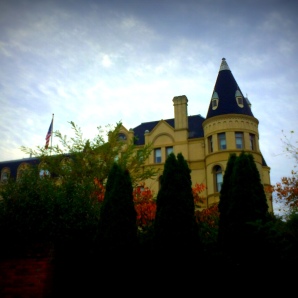 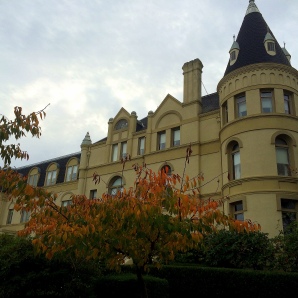 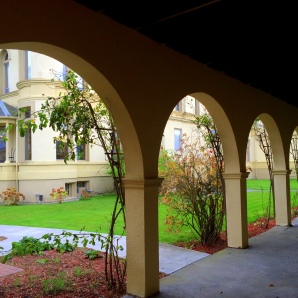 From the garden patio

From the outside ledge 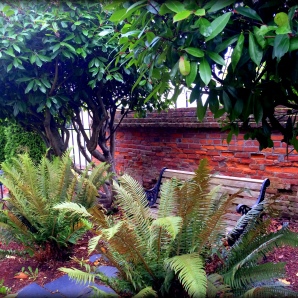 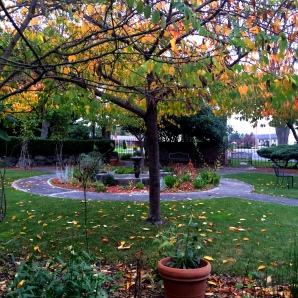 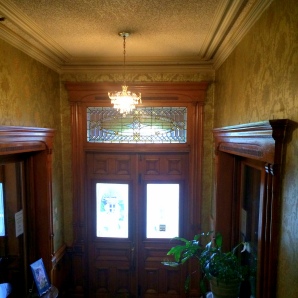 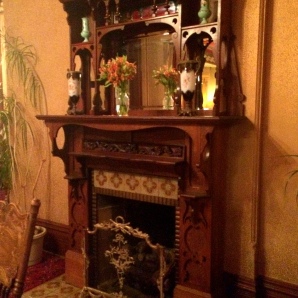 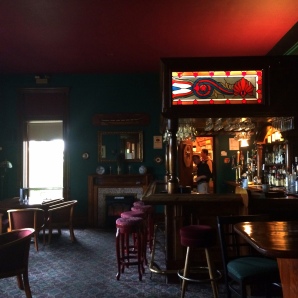 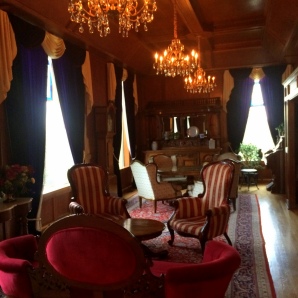 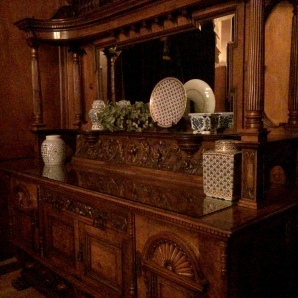 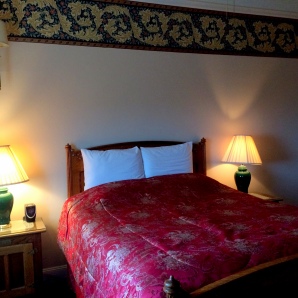 View from our Room Window

Solemn memorial for those who died in Hotel